A Japanese nursing home worker was recently detained following claims that he tortured several old people he was supposed to be taking care of. It got so bad to an extent of causing death of three elderly Japanese after being hurled off stored balconies as reported by http://www.japantimes.co.jp/ 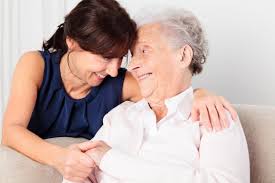 A caretaker/Nursing home employee with a patient

Could this be as a result of language barrier; where the care giver has a mother tongue different from that of the elderly person. This is a very important issue because very big numbers from the developing countries flock developed countries for care giving and nursing homes.

This kind of mistreatment and torture is two sided and at times comes from the people being taken care of to the care givers. This happens globally for example, there have been rampant cases of maids and care givers tortured to death or having boiling water thrown at them by their employers. This has been reported in Middle East countries like Saudi Arabia and the United Arab Emirates.

Why it is a language problem?

One of the reasons why people leave their countries and continents for others is to get better paying jobs. At times the countries of their destination happen to have similar languages as theirs, however at other times the languages greatly differ.

For example, care givers from countries like the Philippines, Uganda and Ethiopia where English is an official language go to countries like Saudi Arabia, Japan and Germany where Arabic, Japanese and German are the languages used respectively.

It should be mandatory for every nursing/caregiving institution that employs foreign labour to have a professional translations agency within its structure. It is here that potential employees should be explained to the terms, conditions, requirements, payment systems and pros and cons of the jobs they are to undertake in languages they understand best.
This is to do away with the major and at times fatal problems at arise between the nursing institutions and the employees due to indifferences that could be done away with through professional interpretation and translations.

Forms in translation that ease life of foreign care givers