From students denied lodging places to those swindled of their tuition by university scams in India. What all these have in common is that they are all black African students feeling like they are racially stigmatized by some Indian nationals who wrongfully profile the African males as drug Lords and their female counterparts as prostitutes. Many claim to be denied residence in some apartments, access to clubs and face violence at times. 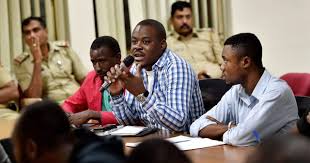 Where the Language barrier issue may come from

It however gets worse especially for African students who cannot speak or understand English. This is usually because languages other than English are used officially and nationally and they include;

The BBC Africa News channel recently highlighted the plight of a group of African students who were allegedly swindled of their University tuition fees by an Indian scam group. Language barrier might be one of the reasons to blame for this problem because in the video clip, the group that seems to be comprised of Congolese nationals speaks in French.

Maybe if they understood and spoke the English language that most of those Indian University advertising sites use, then they might have realized the unprofessionalism of that particular website.

In this particular story, the students lamented that the website advert listed a different name of the University, yet when on their arrival to India they were directed to barely there shack like structures without learning tools apart from three old computers.

“We were instructed to pose for photos while pretending to be using the faulty computers”. She continues “the later uploaded out pictures to their scamming website to further attract other students from African nations.”

Many African students opt for India for their University studies for various reasons but while some are at an advantage because they come from former British colonies where just like in India, English is their official language. Others from countries like Congo however are at a disadvantage because French is their official language with hopes of studying in India where lectures are held in English.

Would be solutions to the language barrier problem

Countries like India that have a huge inflow of foreign intake for its Universities should strongly consider professional solutions to do away with language barrier for effective communication. India should consider options of offering the most sought after courses in major foreign languages that are likely to be official in various countries like; French, Spanish, Portuguese etc. it should be noted that there are thousands and thousands of African students pursuing tertiary studies in India.

Professional translation services that may be required for student from countries where English is official might include;