Communication has been part of life ever since life was reported to exist on planet earth. Yes, even our fore fathers whose speech patterns were not well developed are documented to have used sounds and body language for communication purposes.

There is evidence to show that the latter at least communicated are archived their information and activities by inscribing action like things on the inside of their caves.

For example, the not so developed communities of the San and Koi san people in the remote areas of South Africa are known to communicate using sound patterns that are not fully develop, yet still manage to understand each other during their everyday chores.

It is also documented that the earlier communities fought each other in case of miscommunications. These usually resulted from failure to respect the other’s territorial boundaries and hunting grounds. The defeated group or community would be forced to move and settle somewhere else.

The miscommunications might have come about as a result of using differing speech patterns or different languages. It should be noticed that by then there was nothing like translations or interpretation services from one language to another.

On the 6th of January 2016 North Korea is reported to have tested a nuclear hydrogen bomb that caused earth quake like characteristics that were felt as far as China. It should be noted that North Korea’s relations with the international scene as a whole is not very amicable. 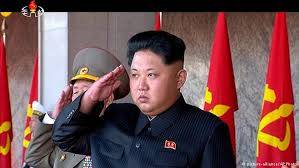 In fact, very few people visit this country, just like very few come out of it since such movements are limited by the state. In fact the few tourists allowed into North Korea are reported to have escorts and tour guides to whom alone their questions and queries are directed to. Any other contact with the people of North Korea is heavily prohibited to an extent that taking photographs is totally forbidden.

It is further alleged that North Korean people caught escaping to other nations are subjected to hard labour in camps together with their innocent families. Then in case one manages to safely escape from North Korea, consequences are very bad for their family members left behind.

Still this January, 10 American sailors are said to have been detained by Iran for trespassing on its waters. All this amidst the ongoing nuclear deal between Iran and the international community which, could have been severed. Luckily enough for the sailors and as well the relationship being restored between Iran and the international community, the sailors were set free un harmed and well treated by the Iran authorities as reported by www.washingtonpost.com.

Below are American sailors detained by Iran after trespassing on the latter’s water. 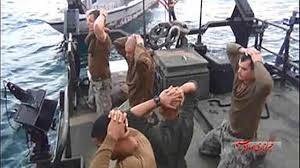 Professional translations are vital when it comes to issues like international relations because effective communication is highly required and necessary to seal deals. Countries usually have different formal languages as compared to their counterparts thus requiring translation companies and agencies in such matters.

Why professional? Matters to do with international relations are very sensitive and any miscommunication might cause of war between the involved countries and there for translations and interpretations here ought to be efficient, precise and accurate to the last detail.

List of countries with not so good international relations

On the other hand, there are countries with a firm and positive reputation when it comes to international relations. Some of these countries are neutral and never interfere with disputes between other countries. They may include;