About the current panama money laundering chaos following leaking of  documents with famous world politicians, allegedly with wards of cash secretly stashed away in ‘offshore tax havens’ as the  http://www.usatoday.com/ refers to them.

All this thanks to a Panama law firm Mossack Fonseca that allegedly helps influential people and wealthy to exempt their assets from taxes or steal from their already impoverished economies, as in the case of dictators.

How Language and translations come in

This infamous allegation spread like a wild fire as it was broad cast on various international and local ones agencies as breaking news all over the world. And while some famous people implicated agree that there is a connection, others have brushed it off.

For example, David Cameron agreed that he was linked but went on to sale off his shares before becoming prime minister, yet others like the Iceland Prime Minister; Sigmundur Gunnlaugsson stormed out of a Swedish televised interview when asked about his alleged links to the Panama scandal, as reported by http://www.ibtimes.co.uk/. Then, Vladmir Putin who is the Russian president allegedly brushed the allegations off and called it a tactic by unknown people as a way to distabilise Russia as a country.

David Cameron; Britain’s Prime Minister and Vladmir Putin, the President of Russia who were mentioned in the Panama scandal

Why many professionals don’t survive in the professional world of translation?
This information was of course spread as people all over the worlds received the News in a language they understand best; that is their mother tongue or through there other languages like second or third. Other reasons for the fast spread may include the fact that the people implicated are nation leaders and therefore their actions affect citizens, rich or poor in the countries they lead and represent.

Then the ever increasing dependency of people on social media fuelled the fires further as individuals all over the world got to receive news feeds online on their smart devices world over regardless of being home, at work or on the move.

As mentioned earlier that word leaders are linked to these infamous leaked documents yet leaving worlds apart across the continents and more. 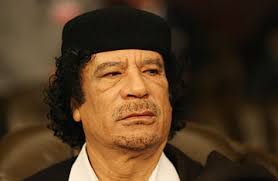 It is also alleged that while some did it with the knowledge and help of their wives, there are a few who did this to prevent their divorcing partners from accessing their vast wealth.

The information above is to further stress the importance of professional translation services in the everyday life of individuals, nations and the world as a whole. This is because it is through effective communication that injustices are brought to light so that something may be done about it for a fairer society.