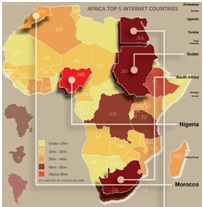 Africa is a continent with rich natural resources which attracts a lot of investment from both western and eastern governments and companies.  Amongst these the Chinese are now one of the biggest investors in Africa investing billions in copper, agriculture and other resources undeniably becoming (in the eyes of western governments) a force to be reckoned with.

This has brought vast technological advancement to the continent of Africa amongst these the use of mobile phones and internet is much more enormous than many would anticipate. With more than 400 million mobile phone subscribers in Africa alone and over 139 million internet users according to internetwordstats.com, there is great potential for companies to reach large audiences and conduct business within countries such as Kenya, South Africa, Ghana, Nigeria, Egypt all with natural resources ranging from cocoa to gold providing huge opportunities for businesses to penetrate the African market.

Over the years, social media has played a major role in marketing. The establishment of Facebook and Twitter has undoubtedly changed the face of marketing allowing small companies to compete with large businesses at the simple click of a button. In Africa alone the number of Facebook users is in excess of 37 million people with the use of twitter in its millions as well. The ever changing dimensions of social media are one to keep up with as opportunities are very open to many companies that understand how this so called ‘phenomenon’ works. Activities such as having your company trend on twitter can increase demand for your products and services surge by large margins with traffic to your website undeniably increasing like never before. Once you get to that stage in the social media chain, practically the whole world is talking about you or your business at that point which can open doors for major investment in your company as well as an increase in revenues. 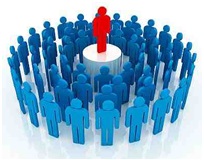 Nowadays Facebook can be used as an advantage point for companies. The ability for people to engage and like your business activities is invaluable. Businesses can also find out what their competitors are doing through social media as well as see what customers are saying about them. In an article by Marketing Week, Greggs, a UK bakery chain has successfully done this through Facebook where the chief executive uses the social platform as a way of receiving customer feedback and implementing some of these strategies has seen profits soar for the bakery chain.

In Africa there is a growing use of Internet which has allowed social media to take effect. In an article on Mashable the Ghanaian voting campaign in 2012 has been influenced by a project called Ghana decides which is helping to foresee a fair and just election through Tumblr, Facebook, Twitter and YouTube amongst other platforms.  Social media in Africa is becoming more and more prominent and many companies are taking advantage of this.
How did translation services started at professional level?
Overall the use of social media in Africa is on the rise and companies that are taking advantage of this are ripping the benefits. As the years go on so will the advancement of technology in Africa as well as the use of internet. Companies that implement excellent social networking and internet marketing in Africa will surely raise their brand awareness which will eventually bring them better returns.