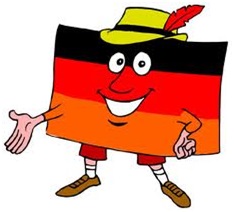 Among the main European languages, though, it is one of the most complex. Having a translator who is a native speaker and familiar with German culture is a basic necessity.The following four factors demonstrate just why German translation can prove so difficult.

Nouns. Rindfleischetikettierungsüberwachungsaufgabenübertragungsgesetz is the longest German word. Literally translated, it means ‘beef labeling supervision assignment law’, which to me doesn’t make a great deal more sense in English. The reason words like this exist is due to the German way of combining nouns to create new words, possibly shortening them depending on the taste of the speaker. Then you have the fact that German nouns inflect into four cases, three genders, and two numbers – creating 16 distinct possible combinations of these three aspects.

Verbs. German verbs aren’t so much more highly inflected than their English counterparts, but their prefixes can prove tricky because they are often used to expand or radically change base verbs. This is made more confusing by some prefixes having a meaning and some not. ‘Zer’ is a reference to destruction, used in words like zerbrechen (shatter) and zerstören (destroy), while ‘ver’ is found in numerous words with different meanings like verachten (despise) and versprechen (promise).

Word Order. The one rule when it comes to word order in the German language is that the main verb appears either first or second in a sentence depending on its nature. Aside from that there are few boundaries, and nouns can be placed pretty much anywhere in a sentence. Native speakers are thus spoilt for choice, whilst we foreigners are left a little bewildered.

Dialect. Germany has only existed as a unified country since 1871, so you can imagine how many different dialects dating back centuries that the German language is made up of. Two predominant dialects, Low German and High German, combined to eventually create Standard German. However, the influence of dialects is still notable in the German language, and pronunciation of words can vary between regions.

If you’re still with me after all that, you’ll now have some idea of the difficult obstacles that have to be overcome when it comes to German translation, and why it should only be undertaken by professional translation services. Rest assured, the German characteristic of being exceptionally accurate is no myth.