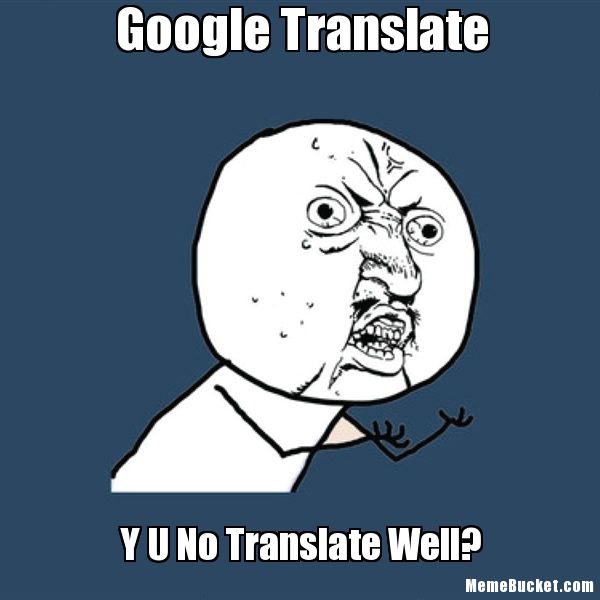 I will call it like it is, appalling translations, we have all seen them. Some are funny and we have shared a few laughs about them at their best, but on the other hand, it paints a picture of laziness and unprofessionalism. With language translation, you need to get things right the first time round. And this should be a major concern for companies, big or small, looking to scale across borders. Intercultural communication is key.

The problem can be pointed out in two-fold. Sometimes we might acquire the services of a mediocre translator whose knowledge of the target language is 2 on a scale of 1 to 50. And our reliance on technology for everything is going to be our great demise in this great communications and language industry. We have become far too dependent on the latest applications, software such as google translate, offering a questionable service. For example, a small town in north-west Spain, Galician town of As Pontes was a marketing quite a different kind of festival after it used Google Translate to have the Galician word grelo  into Castilian Spanish, ending up with clitoris for a name of the culinary festival celebrating the leafy green vegetable that is staple to the town folk. We can’t place all the blame on errors of Google machine translation now can we? This is a progressive development, and we might witness perfection in the next 10 decades or so.

Reddit is one of the most altruistic online communities around. Don’t be surprised to find out that there is a subreddit offering translation services.

However, someone will not translate your entire essay or write out  your homework for free. But for simple jobs with no need for traditional document translation service, /r/translator is gold.

Start off by copying the passage of text you wish to translate. Select the language you want to translate to. There is an extraordinary amount of languages on offer, including Arabic, Russian, French, Chinese and more.

Behind Gengo, your text is going to an actual human being. A person probably, a native linguist of the target language you wish to have your text translated to. Someone who understands the shades of that particular language well enough to make the translation feel natural. The downside is the quite not so competitive price. UnBabel’s (another great site that offers, reliable translations, I will get into the details) – $0.03 per word, to around $0.12 per word with Gengo. A translation from UnBabel can take 13 minutes to complete and a bit longer with Gengo depending on the length and language of the text.

Translation services usually require that you either compromise on cost, or on quality. UnBabel demands neither and offers an expedient, accurate service for a fraction of the cost of its competitors. It uses machine learning techniques – much like google translate does – to auto translate, and then hands the computer – generated text to a human who proofreads and edits for accuracy and flow.

Gengo suggests tones based upon where the text will be published. For example, if your text is going to be used on  a website, it will be best to use a business-like-tone. But if you plan on using it on a social platform such as social media platforms, an informal tone might just do the trick.

So far, the above-mentioned services offer the best compromise between speed, scalability and price. Other options that you might consider include:

Would you prefer to work with a professional translation company with a physical contact or online translation service?

Why we are the most preferred translation agency?