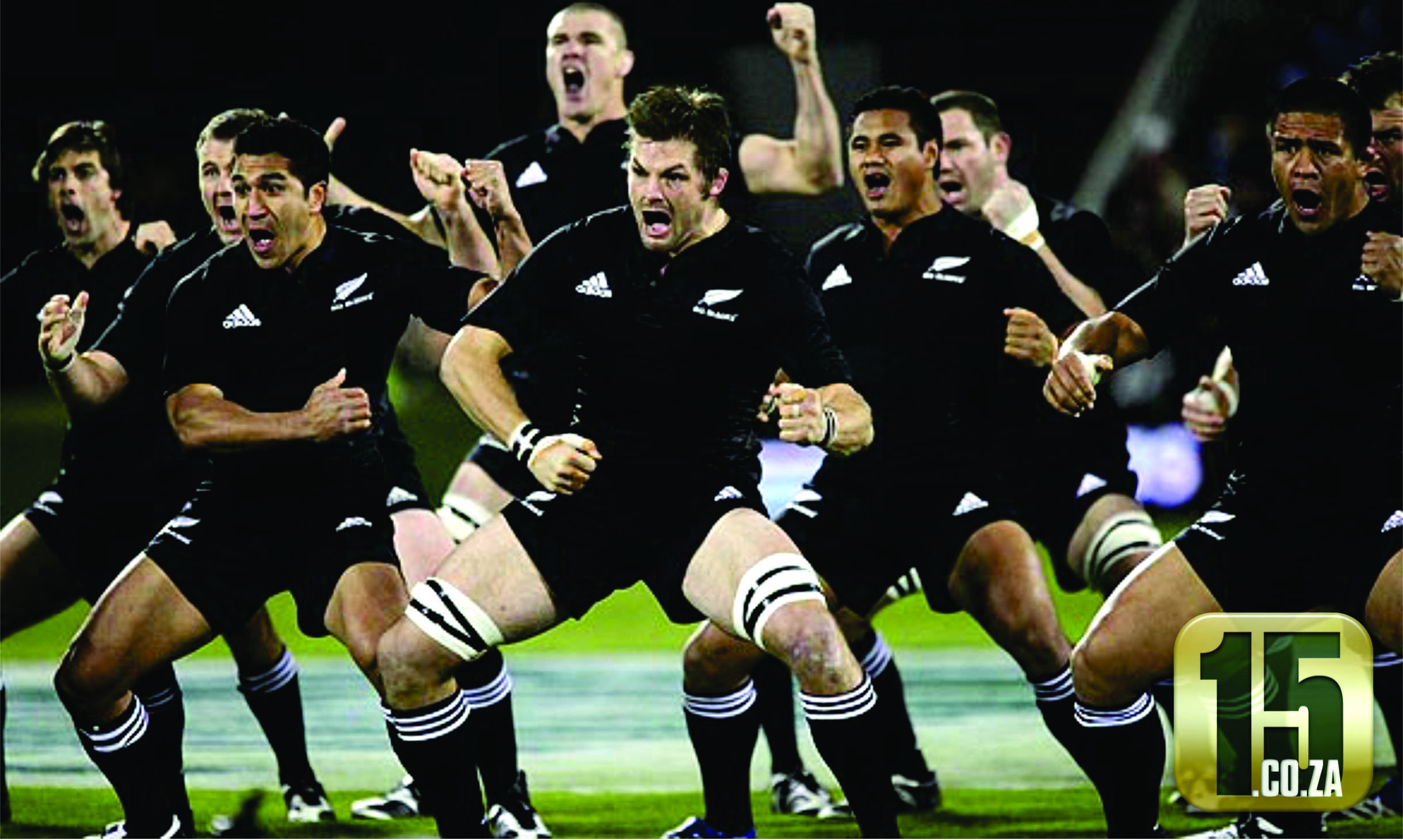 A haka is a traditional ancestral war cry, dance or challenge of the Māori people; currently used today as the New Zealand national rugby union team, the “All Blacks” and a number of other New Zealand national teams perform before their international matches. Some non-New Zealand sports teams have adopted the haka. Ever wondered what the haka translation was what it meant and its origin?

It is a generic term for the Maori dance. It is a disciplined, yet emotional dance. This complex dance is an expression of the passion, vigour and identity of the race. It is at its best, truly, a message of the soul expressed by words and posture…” Henare Teowai of Ngati Porou, an acknowledged master of the art of the haka was asked on his deathbed, “What is the art of performing haka?”, He replied: “Kia korero te katoa o te tinana.” Translating to, “the whole body should speak.” The words of the dance should be shouted in a ferocious and disconnected manner, designed to instil strength and determination into the performers, such that they enact the haka with power and force needed.

Ka Mate – this was originally of the Ngeri style that was performed without weapons compared to the Peruperu which is a style of haka for a war dance.it involves weapons and portrayed by a high jump with legs folded underneath at the end.

“Kapa o Pango” 2005 was a new Haka the All blacks unexpectedly introduced before a Tri-Nations match against South Africa on 27 August 2005 at Carisbrook in Dunedin. It featured an extended and aggressive introduction by then the team captain Tana Umaga highlighted by a drawing of the thumb across the throat. The All Blacks went on to win the match 31 to 27.

According to a New Zealand Rugby Union press release, “Kapa o Pango has been over a year in the making and was created in consultation with many experts in Maori culture. It will serve as a complement to “Ka Mate” rather than a replacement, to be used for special occasions.” 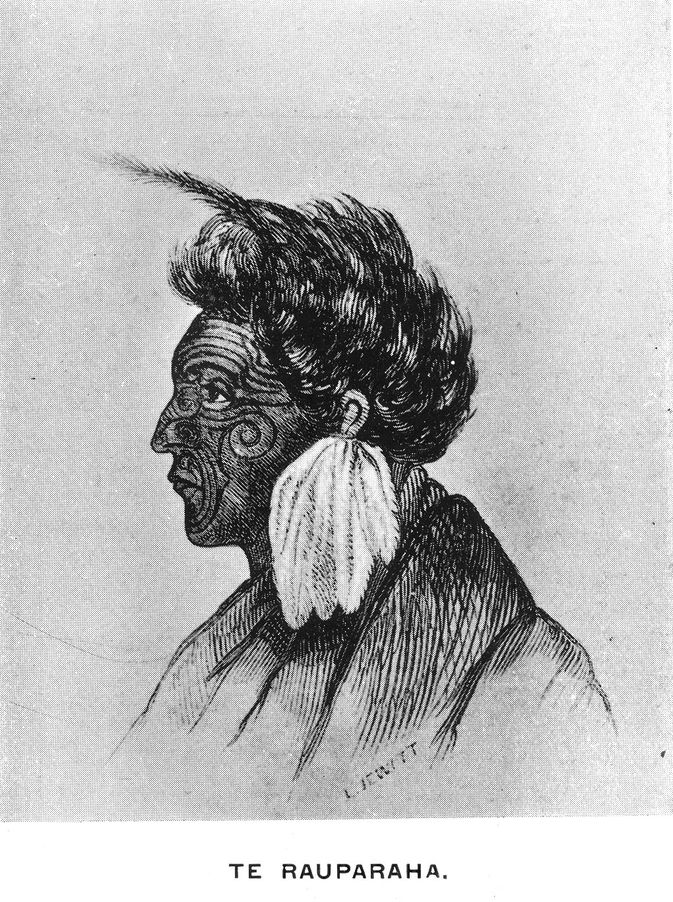 It is said that circa 1820, a chief named Te Rauparaha composed the Ka Mate. He was chief of the Ngati Toarangatira (Ngati-Toa), a branch of the Tainui tribe, and dwelt in Kawhia, north of the Waikato. He was born, the son of chief Werawera. Dating some years before his birth, there had been an inter-tribal war between the Ngati-Toa and the neighbouring Waikato tribe, as his father was captured, killed and eaten when Te Rauparaha was a young boy. Te Rauparaha became one of the most feared and respected warrior chiefs in Maori History. He, later on, led his tribe south, and by 1828, he was master of the whole coast stretching from Wanganui to Wellington, including Kapiti Island, but at the time of composition he was in the thick of the action somewhere in the region of Taupo.

“Ka mate! Ka Mate!” uttered by Te Rauparaha as he hid in Kumara pit from his pursuing enemies, the Ngati Maniapoto and Waikato tribes. Fleeing for his life, he came to Te Wharerangi and asked for his protection. Although reluctant, Te Wharerangi eventually agreed and offered him sanctuary in a kumara pit. Te Wharerangi’s wife, Te Rangikoaea sat over the entrance. As the pursuers arrived, Te Rauparaha muttered “Ka Mate! Ka Mate!” under his breath (I die! I die!), but when the pursuers were indicated that the man they sought had gone to Rangipo, Te Rauparaha murmured “Ka Ora! Ka Ora!” (I live! I live!). When the pursuers were in doubt, he gloomily muttered “Ka Mate! Ka Mate!” once again. And when his pursuers were eventually convinced he was not in Te Wharerangi’s pa and departed for Taranaki, he exclaimed “Ka ora, Ka ora! Tenei te tangata puhuruhuru nana nei I tiki mai whakawhiti t era!” (I live! I live! For this is the hairy man who has fetched the sun and caused it to shine again!). The “Hairy man” refers to the chief Te Wharerangi, who gave him protection despite his wish not to be involved. Te Wharerangi is described as a man with more than his fair share of body hair, hence the reference.

Going on from the Kumara pit to the courtyard of Te Wharerangi, before Te Rangikoaea and the assembled people, Te Rauparaha then performed his famous Haka, which he had composed whilst in hiding. The Variation used by the All Blacks is given below, together with the translation.

The “ka mate” haka is the most common performance by the All Blacks New Zealand rugby union team. It opens with a set of five preparatory instructions shouted by the leader before the squad joins in. this is the performance and the Haka translation into English

This is pretty much amazing cultural history from a practice we admire whenever we watch the passionately filled All Blacks stars go against their opponents. From time immemorial, the team was not entirely composed of Maori, as many might assume.

The haka became a permanent fixture for the All Blacks from then on. An interesting little anecdote is told regarding the 1924 New Zealand team which became known as the famous “Invincible”, due to their winning every match on tour. This team had as their famous son, a young Maori boy called George Nepia. He led the All Black haka, in the first match against Devon on September 13th, 1924. The Haka was enthusiastically received by the crowd of 18,000 who were then treated to an 11-0 All Blacks win, however, a “prominent university sportsman” who attended was moved to write a letter which appeared in the next day’s paper. In it, he asserted: “Cat-calls were quite uncalled for”, and added: “South Africans do not open their games with Zulu cries!” Well, this could be an obvious case of the belief that the earth was flat back then.

As you travel on vacation, business, take the time to investigate the exotic culture you will find yourself engaged. If you do not have the time, open you mind to learn and accept new things.

How Our Professional Translation Services Better Than Others?