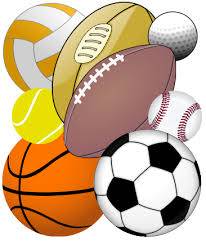 The world has experienced an upsurge in sport. Right from football, Wrestling, Netball, Basketball, Cricket, Bull fighting, et cetera et cetera. Because of globalization and a remarkable advancement in technology and the social media, these sporting activities are rotational. This means that any country in the world that is viable to host a sporting competition can do so as long as it satisfies the sport governing body.

The world cup for example was played in South Africa in 2010, Brazil in 2014 respectively. Mobility has been made possible and affordable to a considerable number of people worldwide as a result of the increasing per capita income among many nations. People all over the world are now able to watch any sport broadcasted live from any part of the world. This has been enabled by the invention of the television and the internet. Professional translation and world sport are however concomitants. People all over the world from different walks of life are able to watch world sport in different parts of the world. Because of the strenuous work done by the professional translators. Sport has become interesting. This makes it possible for someone speaking Japanese for example to follow football match being played in Africa.
What if I don’t hire translation agency and go for freelancer?
Football is the world’s biggest and popular Sport. In Europe alone, there is a sea of football clubs. These clubs in Europe, Africa, or in any other continent have a galaxy of fans from different cultural backgrounds. These fans and players in the club are only able to communicate effectively with one another when the latter professionals have done their work effectively.

Before the development of professional translation in the world, sport used to be a concern of the minority group who could understand the language of the host country.  If football for example was played In china, it was the Chinese business. However, in the recent decades, This is no longer a case because all odds have been broken to ensure that there is comprehensive entertainment for everyone ready to be entertained. The world has now been localized by the development in technology. The internet technology enables people to enjoy any sporting activity anywhere in the world without limitation. The social media has made it possible for people across the world to communicate effectively. there are very many internet users in the globe for example  there are 1.35 billion monthly active face book users, as of September 30, 2014, and  More than 1 billion unique users visit YouTube each month. If this is the case, what can we say about twitter, WhatsApp among others. This shows how important the social media is in communication.

It’s an illusion to think that world sport can adequately be played without professional translation. The world has realized a mixture of individuals across different spectrums and walks of life. People of different ethnicities are able to play in the same sport and in different parts of the world. European football clubs for example have many foreign players.