So, the Uganda presidential candidate debate is on today, the 15th of January 2016! Ugandans have never been this excited, well not forgetting how excited they were during the pope’s visit late last year. Why the excitement you ask, well there has never been such a thing in Uganda as a country and therefore the masses, including or mostly those in the Diaspora can’t wait to see the presidential hopefuls battle it out. And further good news is that BBC’s own will moderate at this historical moment in Africa’s history; Nancy Kacungira and Alan Kasujja as stated by www.monitor.co.ug.

We have been seeing such debates only on the international scenes as the incumbent of the U.S.A debated his way up to the white house one can mean to say. Apart from Obama, there are many other great orators who have gotten their way to the top in state leadership.

Speech is very important because one has to convince the would be voters and give them reasons strong enough as to why they and not the other candidates should be voted for the post of president.

Should mother tongues be used in such debates?

Obama and his counterparts used English in their vocal battles which is understandable because English is the first language to so many Americans and even those that are of foreign history were born and raised in the USA, including the schools they attended thus making the queen’s language their first language.

There is a growing trend of developing countries adopting the debate thing for presidential candidates too that has given way to a lot of excitement. For Uganda it should be noted that the country has had the same president for almost three decades now since the year 1986 and therefore people can’t wait to see the exchange of words between him and the other candidates.
How to get Translation Agency Working for you? 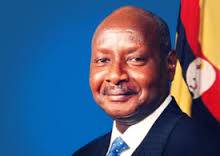 Above is the incumbent of Uganda’s presidential seat; Yoweri Kaguta Museveni

The issue is that the debate will still be held in the English language which of course is understandable considering the more than 50 languages spoken in Uganda and having English as an official language.

However will the candidates up for debate be able to thoroughly put their points across in this foreign language? More so, will the audience they so badly want to impress fully understand the depth of their reasons for standing as presidential candidates?

What should be done?

May be just maybe these candidates would be allowed to put their points across in their mother tongues, but still be able to reach the people at a wider scope with the help of professional translation services and fully proved professional interpreters.

Then this would help to serve all people concerned, that is; the voters in the languages they understand best, and the international world that closely monitors all presidential elections world over would be too through the interpreters and translation works.

English is very important and I’m in no way undermining it however, in a country like Uganda where it is an official language and not the people’s first language, explaining in details becomes extremely hard. It has great advantages though and the major one being that masses can be addressed at ago and therefore saves time . the issue is that saving time wouldn’t be a bad idea, but in a case like voting for a president, understanding will be far better than saving time.

It should be noted that developing countries rarely have presidential debates and one of the reasons might be because the redning presidents have too much power and therefore at times do not show up for such debates for fear of being attacked for their failures like corruption, poor resource division, underdevelopment, poor infrastructure and so on.