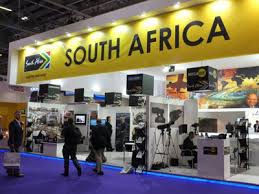 Language translation needed for any business in South Africa

South Africa is alleged to be the most visited country on the African continent. Well as many come and go after the purpose of their visit is accomplished, others especially business oriented people decide to settle and build up their businesses there which calls for professional translation services as there are many languages due to the diverse culture, as reported by http://www.nigerianbulletin.com/threads/10-most-visited-cities-in-africa.110457/

Almost every adult all over the globe dreams of having their own business or co-own one with a partner now or in the near future. Those having a business goal to enlarge to neighbouring cities and countries, for a greater impact and profits.

For a business however to be further noticed or a product to be introduced to a target audience, language should be one of the factors mindfully considered. This is because the successful marketing of a product highly depends on how effective the message promoting the product or service has been. It should be noticed that this success depends on whether the language in which the message is packaged is effectively understood. Therefore the language used should be fully understood by the target audience and if not, professional translation services used.

Languages one should consider for professional translation services for business while in South Africa include;

One might wonder why on the African continent South Africa might be the most visited country or why business oriented people love it.

First and foremost South Africa’s market is as large as one can imagine because of its highly diverse nature. Yes, South Africa is highly diverse as its occupants range from the original African inhabitants to the descendants of the early foreign white migrants from Holland and Britain. Not leaving out the thousands of visitors who flock this country from all four corners of the earth.

It is stipulated and confessed by business owners in South Africa that the country is blessed with favourable economic policies that make it easy for entrepreneurs to go about their work with minimal economic stress.

The weather in South Africa is great, one can say because it is warm compared to most western and European countries where some businesses are affected due to the excess cold in winters. It should be noted that winters in South Africa are mild and dry and boats of high average daily hours of sunshine which are estimated at 8.5 compared to 3. 8 Of London or the 6.9 Of New York. http://www.edusouthafrica.com/south-africa/

Location; South Africa is located at the southern tip of the Africa continent which is surrounded by the Atlantic Ocean on the West and the Indian ocean at the East. South Africa’s neighbours include Botswana, Namibia, Zimbabwe and Mozambique while encompassing Lesotho. Bring at the southern tip makes this country strategically located because masses flock to it thus creating market for the businesses there.