Splendid Hotel was recently attacked in Burkina Faso where 28 people lost their lives including those of the international community lost their lives. It is reported that the dead included one U.S citizen, two Swiss, six Canadians and two from France not forgetting the locals who lost their lives too as reported by www.monotor.co.ug.

These terrorists as bragged by the master minds of such gruesome acts usually target people from the western world in their bid to fight what they call westernisation of their communities. The terrorists argue that their communities should run a certain way yet the foreigners bring their influence of way of life along.

Below is Splendid hotel in Ouagadougou, Burkina Faso attacked by al-Quaeda 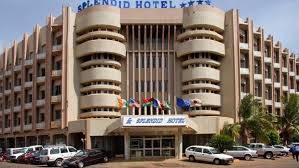 Where the problem lies and what can be done about it

When missionaries, charity workers and tourists visit terrorist prone countries they show a difference too large between them and the locals that cannot be missed, which might be one of the greatest problems as to why attacks occur.

For example many foreigners take no interest in learning languages of the places visited and therefore have to always have the assistance of interpreters and translators. The latter are vital for effective communication however, foreigners at times do not take an effort to at least learn basics like greetings, farewells and how do you dos in the local languages.
How Professional Translation Services have changed over Years?
It would be advisable for foreign westerners to learn the simple greeting words of the most used local languages and address people in that way to make the locals feel important too.

Foreigners are usually set apart by their dress code alone. Most of them opt for revealing clothes like shorts, vests and very light clothing that rub the rigid local communities the wrong way sometimes, especially in conservative countries and regions.

Therefore research on the dress code of the area where they are should be done on either internet or by asking their local guides. For example, in Islam based countries one is safer off wearing less revealing clothes or covering their heads when necessary.

Then what sets foreigners apart most of the time is their choice of accommodation. They usually dwell in the best lodging places and hotels in that given place, which further makes them a very easy target for their attackers.

This is confirmed b the fact that most terrorists attack five and four star hotels to ensure that they harm may western foreigners as possible. Other places attacked with the evil hope of killing western foreigners include; embassies and other international agencies.

This may seem burdensome in the beginning for the foreigners but might save their lives in the long run, and not make the locals of the visited countries seem left out, segregated upon or even feel like new cultures are being forced upon them.

Countries that have faced terrorist attacks include;

Terrorist acts of violence are considered cowardly and are condemned by most of the nations worldwide, and that is why international organizations and individual countries send in troops to help out.

Communication here is vital and thus recommended that professional translations and interpreters ought to be in place at such gruesome moments to ease the communication between the helping troops and charitable organisations.