Black Ops, the last version of the game Call of Duty blasted the record established by its predecessor, Modern Warfare, and become the most successful entertainment launch of all time topping $ 360 million during the first day of sales. The launches of Black Ops and Kinect (a motion control accessory) have revitalised the game industry that it is still experiencing consolidation and showed signs of strains during 2009. 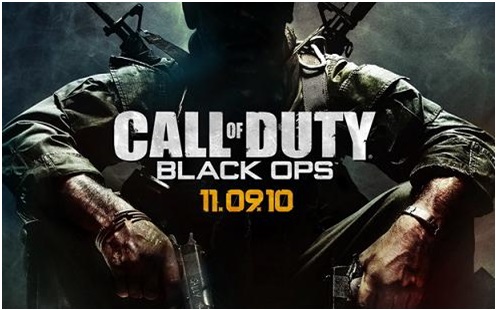 In spite of having produced some of the most successful franchises such as “Tomb raider” and “Grand Theft Auto”, Britain is struggling to find its voice to face the severe international competition. Five years ago the UK was in third place in the world league just behind the US and Japan. Now it has dropped to fifth, overtaken by Canada and South Korea. And the recent government’s announcement that the tax break for the game industry will be scrapped has put the industry under pressure because, currently, British game developers are competing with French and Canadian that receive substantial government support. Another blow for the UK gaming industry was the demise of Realtime World, a pioneering Dundee-based company that was sold to an American firm.

Colin MacDonald, ex studio manager of Realtime World said “many gaming companies would not be able to innovate and compete with the industry leaders“.

But there are some signs of improvements. The rise in the creation of mobile games is attracting many independent game developers that are turning to Apple’s iPhone. According to Tiga, the trade association representing the UK’s games industry, a big percentage of the self-publishing UK game developers are creating games for the Apple handset.

Paul Durrant, director of business development at Abertay University said: “Games development is a very valuable industry for the UK economy, and the explosion of gaming on mobile phones and social networks means there is enormous growth potential for companies of all sizes.”

The gaming industry is estimated to contribute £1bn to the UK’s GDP each year. “We are the future of entertainment“, said Andy Payne, Chairman of the Association for UK Interactive Entertainment. For the UK gaming industry to fully explore all business possibilities and face growing competition in Canada and USA, it needs some government support and the tax break seemed to be the most commonly accepted measure to stimulate growth.

Recently, Channel 4 invested £1m in Dundee-based gaming companies as a way to revitalize the area. Culture Minister Fiona Hyslop said: “Scottish-based games developers must be allowed to compete on a level playing field. That is why it is particularly disappointing that the UK Government has so far failed to listen to the industry and the Scottish Government on the crucial issue of tax breaks.”

Why do we often get fed up with translation companies?

According to Richard Wilson, the chief executive of the UK games industry’s trade body, Tiga, a tax relief would stop the exodus of young talented game developers and will help the country to become a leader in the digital industry which leaves a positive impact on Britain’s economic recovery. “The driver of economic recovery is the private sector“, says Wilson. “…if we are to establish the UK on a more sustainable basis as an economy, we have to support those industries of the future and video games is one of them“.