Heard of Taharrush? Well, this is allegedly some sort of gang rape carried out mainly by Arabic speaking men who surround theirprey, who is female in this matter.

This is usually carried out in mass gatherings like celebrations or massive demonstrations. Here the female finds herself disconnected from the people she knows or came with to the gathering as is further shocked as men grope her in all her body parts. It is reported that these men majorly grope the woman’s breasts, crotch area and derriere.

“They basically raped me with their hands” said Lara Logan, a white South African reporter with CBS while describing her night marish ordeal on an interview on…on the very first time someone dared to speak about Taharrush publicly.

Lara would have maybe escaped this ordeal if she only spoke or understood Arabic, or if anyone near her had interpreted to her what the Arabic speaking men surrounding her were saying.

This is because way after she overcame this ordeal, a recording that had been made at the time has voices in Arabic giving directions in Arabic to pull her away while luring her in their midst.

It is believed that the unknown instructor misled the evil band to believe that Lora was an Israeli Jew before they drew her into their circle and groping at her. This all happened way back in 2011 during the mass demonstrations in the Tahrir square, Cairo in Egypt that prompted the then president; Hosni Mubarak to step down. 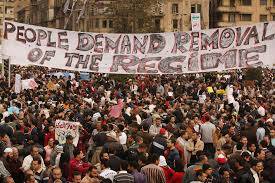 The above image shows demonstrations at Tahrir square in Egypt where Lora Logan as sexually assaulted in 2011.

Then just recently at the 2016 celebrations that ushered in the New Year, reports from all over Europe came up with European women complaining of being surrounded by Arabic men and heavily groped. These incidents when compared to those in Egypt in the year 2011 have the same characteristics.

The difference is that due to free speech and respect of women’s human rights in Europe as compared to the Arabic speaking nations, the women in Europe spoke up and cried out for help leading to the arrests of some perpetrators.

What are legal things associated with the translation agencies?
An 18 year old German female described how she was surrounded by a group of 40 men all foreign looking that groped her really badly and even got into her pants. As if this wasn’t enough the same immigrants put fireworks material into her jacket hood which slid onto her body burning her really bad and causing permanent scars. 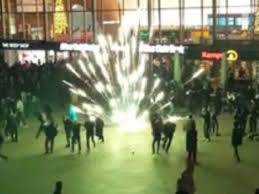 The above image shows Arabic migrants causing chaos in Germany during the New Year celebrations.

“It is the worst case of disrespect I have seen in my 3o year career”, said a German policeman while describing the sexual attacks on women in Cologne, Germany during the 2016 New Year celebrations as reported by www.dailymail.co.uk. Authorities in Europe also noticed that most of the attackers where migrants mainly from North Africa and the Middle East. This comes after an influx of refugees was let into Europe after war broke out in Syria.

Countries where women were gang raped the Arabic way

The question here is would these women have been saved from those horrific incidents had they been linguists since in that case they would have understood what the immigrants were planning to do to them. Or, if there were professional translations available especially in mass gatherings for easier communication.

This would be a good idea though it would still not save as many women because the attacks happen in the midst of chaos like celebrations making it very hard to notice who is being attacked and who is not.