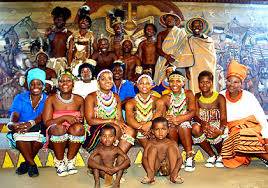 Africa is a continent endowed with languages. According to the African Press Organization and Wikipedia it  is a multilingual continent with over 2,000 languages. These languages are spoken by either majority or minority groups. More than 10 countries in Africa have at least two official languages with south Africa leading with 11 official languages.. This shows how rich Africa is linguistically. However, to an entrepreneur, the sea of languages in Africa is a reality that must be taken into consideration given the possible ramifications when establishing a business in Africa. Multilingualism can have either positive or negative ramifications in the business.

The ability to identify the intricacies involved in such an environment constitutes a successful business. People of African descent or outside Africa have been successful entrepreneurs in Africa. Some have testified the tremendous success that they have realized within a given time framework while others have expressed frustration after the failure of the business. However, could there be a secret behind their success or failure? Of course many reasons can be given behind ones success. Some entrepreneurs are successful because of good managerial skills; some are so because of good workforce behind the business, among other reasons. Despite the aforementioned reasons for success in business, business in multilingual Africa can do better when linguistically and cultural differences is appreciated by the business communities. in a multilingual continent such as Africa, language is something that business investors ought to consider before setting up a business. In an absolute sense, local language is much more appreciated that any other foreign language. It therefore makes much sense to offer goods and services in the language f the target population. this means that once you have a business idea and you intend to invest in Africa, the first thing is establish the a specific country in Africa in which you want to set the business and the next thing is to establish the majority language spoken in that country. once that is done properly, you have already taken a step in the success of your business. Take for example setting a business in Uganda makes you not to overlook Luganda language. Luganda is a language spoken on a wide scale in Uganda, it is spoken by the majority population and has a wider coverage in the country with even those who can’t speak it at least having an understanding of most words. So it will be more rewarding to appreciate Luganda as a business language in Uganda.  One can wonder how to get on, can it be by learning the language first? perhaps it can be late in businesses terms, or more difficult to learn. what can be then done as business needs to get on going? with the availability of translation services this can be kept under control. the services of  professional translators can enable you to do businesses in any language across the world without necessarily learning any foreign language. Brands and businesses names can be translated, user manuals and any other technical document can be translated making businesses simpler to operate in any country. these are the only services that help in breaking the language barriers that exists between different ethnicities.
Which areas of London have best translation companies?